I am sick of articles written (largely) by people who do not have children talking about how children make parents unhappy and people who have kids are stupid/ridiculous/deluding themselves. (Yes, obviously I should stop reading them, but that’s beside the point.) There seems to be a segment of the population that delights in exclaiming that parents are foolish to have had kids when any piece of research comes out that appears to support that position. 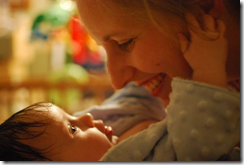 dismayed when I read newspaper articles talking about research studies. They often overstate or misrepresent what the (usually single) study actually found. Particularly in the headline in order to get a catchy title.

This can serve to rile up or confuse people unnecessarily. So, I’ve decided to examine articles that I find interesting and try to explain what the study actually found and how this corresponds with what its portrayal in the newspaper.

The first article article I’ve chosen is, Kid Crazy: Why We Exaggerate the Joys of Parenthood.

In their study reported on in this article, Eibach and Mock, tested how parents reacted to different types of information about parenting in two studies. In these two studies, parents were presented with either information about the costs of parenting or the costs and long term benefits. (It’s interesting to note that all the information presented to parents was of an economic nature. The benefits described were how children help you in your old age so you are more financially secure if you have children. This seems to be a rather limited presentation of the benefits of raising children.) The studies found that although parents feelings of emotional discomfort immediately after reading the negative material was higher than those who had read the positive and negative material, when tested after a delay, these negative feelings were gone. They also found that parents who read the negative material were more likely to say that they enjoyed spending time with their children and were planning on spending more leisure time with their kids.  (You can access the abstract to the original scientific journal article here.)

So, that’s what the research found. What did the article report? Here are a few direct quotes from the Time: Health article by John Cloud.

Now comes new research showing that having kids is n 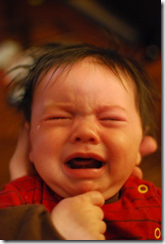 But a new paper shows that parents fool themselves into believing that having kids is more rewarding than it actually is. It turns out parents are in the grip of a giant illusion.

Instead, parents glorify their lives. They believe that the financial and emotional benefits of having children are significantly higher than they really are.

Does this mean you shouldn’t have kids? Yes — but you won’t. Our national fantasy about the joys of parenting permeates the culture.

Of course parents should be commended for one little thing they do: maintain the existence of humanity. I praise them for that, but I think they’re both heroes and suckers.

These quotes show an obvious bias by John Cloud. But he is hardly alone in his interpretation of the results of this study. You can find article after article that contains the same basic idea: Parents are delusional and this study by Eibach and Mock demonstrates this to be true.

But in fact, the study did not find that at all. What this really says is that parents can be manipulated into exaggerating the joys of parenting, not that they actually do in their every day lives. Actually, being that parents tend to encounter both the various rewards as well as the costs of parenting, this s 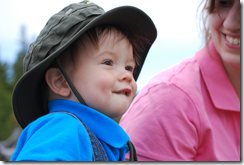 tudy would seem to suggest, if anything, that parents do not do exaggerate the joys of parenting in their everyday lives. What it does suggest is that parents may do this when going through a particularly difficult period such as a child being sick, parents will increase their commitment to their children and exaggerate the benefits to help them through a stressful time. This seems like a good thing to me. But somehow it’s being painted as a negative.

Besides, the ‘delusion’ as they call it is nothing more than Cognitive Dissonance. This is a phenomenon can happen to anyone who is having to deal with two thoughts that contradict each other. Such as in this case, how happy you are to be a parent and the economic burden of raising a child (if you want to read more about cognitive dissonance, here is a great, easy to read article by psyblog). It’s really not surprising or noteworthy that this happens to parents.

Yes, parenting is difficult. Yes when you are cleaning up puke from 2 sick kids in a sleep deprived haze it is hard to remember why you thought this was a good idea. But there are not many parents who would choose to have a do-over.

Articles that I have used on this topic for this post: