The Devils Tower of Wyoming is the first US National Monument. It was also our first stop after leaving Yellowstone. It is a natural geological feature – actually the core of a volcano, which became exposed after years of erosion. The Devils Tower is composed of 6 sided columns that are slowly falling apart, creating the boulder field at the base of the tower. This tower was featured in Close Encounters of the Third Kind. Yes, it is a real place, no it is not hollow. 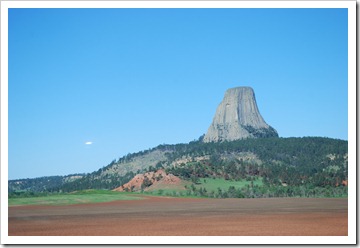 Passport Stamp: Inside the Visitor Centre at the base of the Tower (open mid-spring through fall)
Accommodations: Not at the Monument. But you can stay at nearby Hulett.
Approximate Time: 30 minutes if you’re just stopping to look, 1.5 – 2 hours if you want to walk the 2km path around the tower too. There is a longer path (8km) if you are interested as well.
Worth the Trip: Absolutely. It is a really interesting site. But I probably wouldn’t go again until my kid(s) would be old enough to remember.
Jr. Ranger Program: Available in the Visitor Centre (you will need approximately 1 hr to complete it) 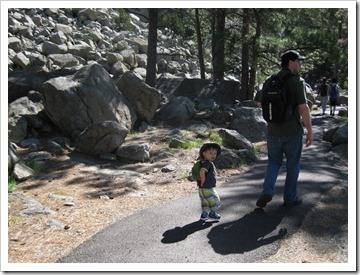 Setting out on our walk around the tower. 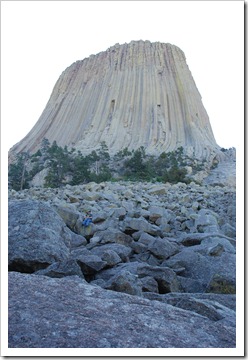 Can you see Gordie and my husband sitting out on the boulders? 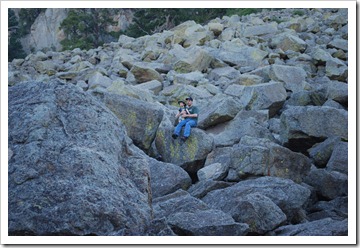 See? There they are. You can climb a short ways into the boulder field but if you want to get closer or climb the tower (yes you can actually climb the tower) you have to register at the Visitor Centre. 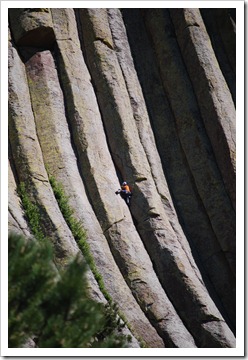 We saw someone climbing up the tower while we were there. The first people who were recorded to have climbed the tower built a huge ladder to get to the top. Apparently you can still see pieces of it up there, but we weren’t able to identify them. 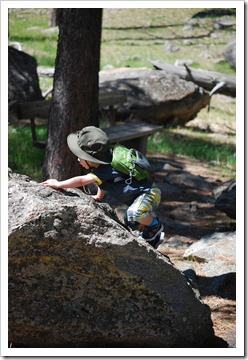 After Gordie had climbed up onto the boulder field with his daddy he wanted to climb every boulder he came across (of which there were a lot). 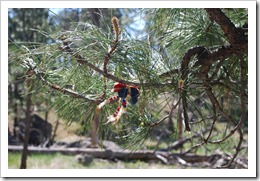 The area is considered sacred to the natives of the area who tie prayer mats and and other items in the trees. 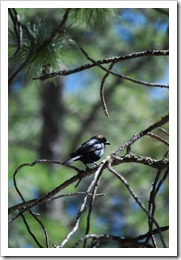 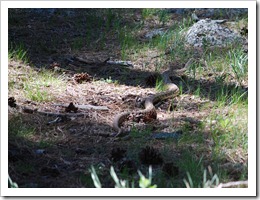 White tailed deer, mule deer, rabbits and porcupines live in the area along with many birds. Gordie really enjoyed looking for the chipmunks we saw along the way too. Also, watch for snakes! We ran across the one above (which it turns out is actually just a bull snake).

Stay tuned for Mount Rushmore! And if you missed my series on Yellowstone National Park, you can find it here. You may also want to take a look at my tips about taking your kids to US National Parks/ Monuments.